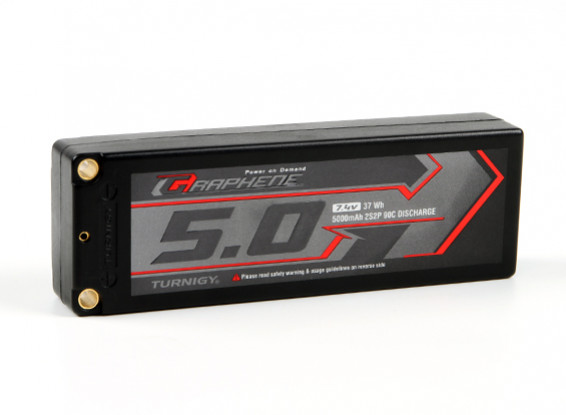 You will earn 33 bonus points for buying this item.

Turnigy, the name synonymous with performance, reliability and innovation is excited to release a powerful new battery chemistry in the Turnigy Graphene!

The Individual that says Batteries Have Inconsistent Weight must have left connections in one battery. Weights he listed are 288G = Battery w/6mm Bullet Plug Inserts Adapter(so you can use your Standard 4mm Bullets) and 309G = Battery w/ Inserts + Connection (Wires&Bullets)............................ These Weights Are Correct but Not How He Listed Them!!!!!!! Kids need to Check Their Roll Before Popping Off With Bogus Reviews and Bogus Info!!!!!

Still a good piece of battery

Inconsistent weight aside (from my earlier review), these batteries are very good for its price. I used it for race and the power delivery is constant. I have also been charging it at 2c and no signs of bloat.

Got two of these. One weighs 288 and the other 309 - a difference of 9 grams. My other shorties of the same brand and make weighs +/- 1g. And I cannot claim this now because obviously I have opened the shrink wrap.

great batteries at a good price an fast delivery

Actual weight of the lipo without the wires and connectors is 285g. Very nice battery that puts out very good numbers.