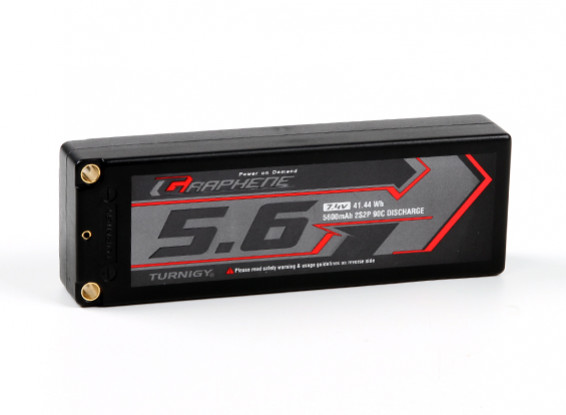 You will earn 56 bonus points for buying this item.

Turnigy, the name synonymous with performance, reliability and innovation is excited to release a powerful new battery chemistry in the Turnigy Graphene!

Bought 2 for a 4s setup and provide plenty of amps for my castle 2200kv motor. They came balanced perfectly.

Great Battery For The Money

My wife bought me one (well I ordered and she paid for it, LOL) for Christmas, it arrived a few days before Christmas. After doing a couple of charges/discharges on the charger in order to break it in, I tested it and let me tell you, there is no shortage in power and performance. The pack takes every bit of a charge and he cells balance evenly. I would recommend this pack.