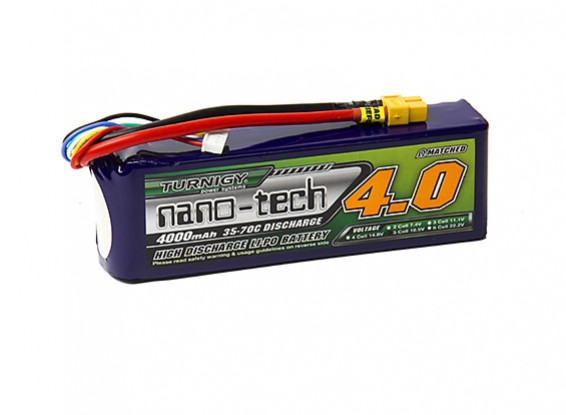 You will earn 47 bonus points for buying this item.


For those that love graphs, it means higher voltage under load, straighter discharge curves and excellent performance. For pilots it spells stronger throttle punches and unreal straight-up performance. Excellent news for 3D pilots!

I’m very happy with the quality of the battery

bought for someone esle

This Nano-tech 5s 4000mah battery is just right for my Kingcraft Pitts S2B . Its weight balances it without any need for ballast, gives a scale like performance, with a good 7 mins of Pitts type aerobatics. Very pleased.