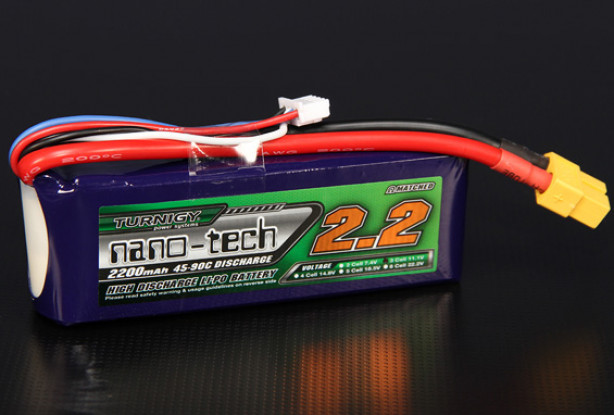 You will earn 18 bonus points for buying this item.

I have not received my order. The reason being Fedex flew it into the States and will not deliver lithium batteries across the border to Canada. Buyer be ware.

Using nano-tech in TRex 450 for years. They are all the time rock solid. Due to the internal resistance they are just slightly warm and rpm are steady

i haven't received this product yet