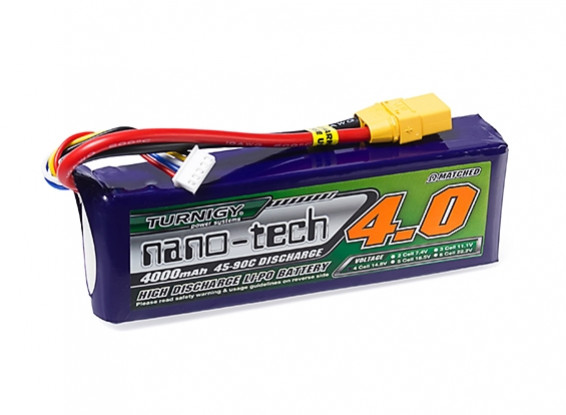 These Nano's are fantastic. One of the guys I have been teaching has several of these as well as Smart and Admirals. All are 4000 4S with similar C ratings. The Nano's run at least a full minute longer than the Smart or Admirals, 7 minutes compared to 6. And have more left when finished. This is typical of all the Nano tech batteries I have.

a must buy for the Grand Tundra | Comprador verificado

I have a number of these batteries for my Grand Tundra. All have performed faultlessly todate.

these batteries are very good. keep only half charged. they last a long time.had some for 10 years. people still ask how many cells does that plane have?I dont run them low. case closed. always blinky balanced.

Take it and you will get what you will need!

Good battery that holds charge well. Fitted to Avios Bushmule and is perfect for centre of gravity balance without extra weight. Power output is good and look forward to using it once Covid restrictions permit.

Very happy with the performance and the price is good too!