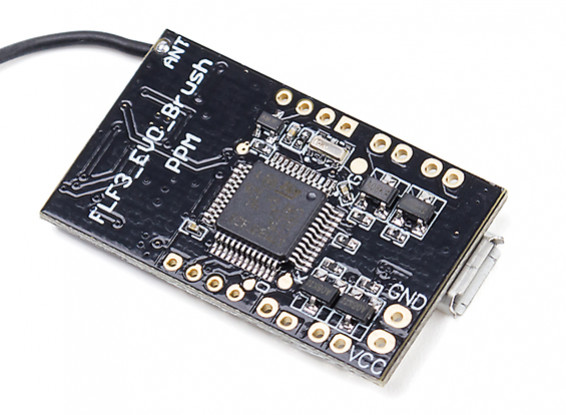 You will earn 24 bonus points for buying this item.

The FLF3 is a very capable flight controller pre-configured with Cleanflight firmware and with a built-in 6 PPM Channel receiver that is compatible with TGY-i10, FS-I6, Eachine I6, TH9X, DEVO 7E with A7105 transmitters and transmitter modules. The FLF3 is equipped with 4 axis large current NMOS transistors and an operating current up to 10 amps.

Very fragile. will not last very long. Receiver is AFHDS, not AFHDS-2A, so only older transmitters will bind to this receiver

Very fragile. If You crash, they're bricked. Bought three - bricked three.
They fly fine as long as it last, but mind You, they are AFHDS, which mean they won't bind to newer Flysky transmitters...

unfortunately the part i received was not working properly, but when i contact with hobbyking then free replacement of that part is provided to me.
This is working fine with Flysky FSI6 transmitter. best for Nano RC drone.

I have purchased two of these, each one is not working after 1 or 2 flight. Will not buy again

Not working with i6, would not buy again