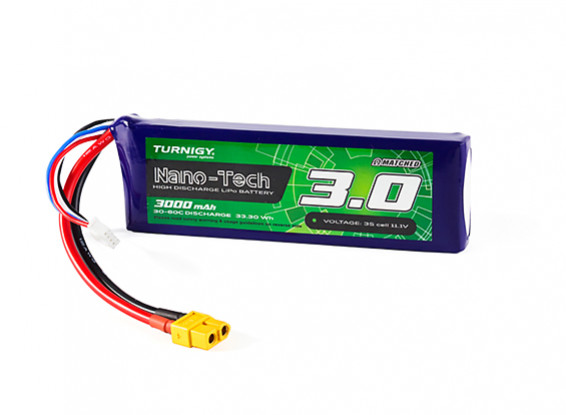 You will earn 21 bonus points for buying this item.

These additives create the ability for imbibition in the carrier liquid to supply more ion channels. This improves the ability of ion transmission and ion diffusion. By improving electronic conductivity and ion transmission, the impedance is reduced and the polarization of high-rate discharge decreases greatly.

Bought on sale. So far, so good. No Puffing.

These are great but don't let them get to 10.4V as they will drop below 9V in about 10 seconds

I have owned these for many years and just bought a couple of replacements for cells that didn't survive a glider crash from 500 ft. The ones that didn't crash continue to charge and discharge without much evidence of deterioration.

Great Value for the money.

Compared with other 3s 3000 mAh lipos this one is remarkedly thin and lightweight, although the product description exaggerates precision when stating "Weight: 214.98g".
However the usable capacity seems to be less than 3000 mAh: it enables one or two less climbs with my glider compared with a good 2200 mAh lipo.

Good battery and capacity is what is promissed

Fine loking lipos , but not much power, for 3d flight

They are fine prodused, but is for "normal flight " , not for high power planes or gliders