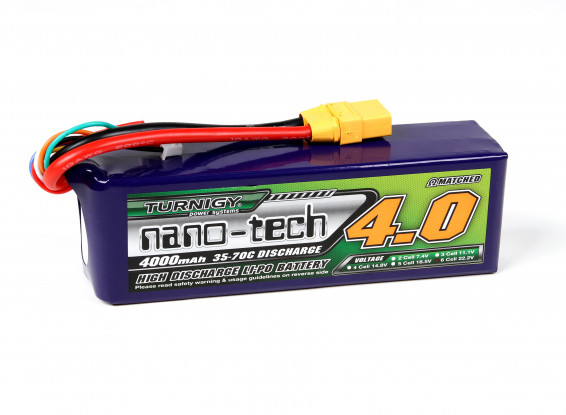 You will earn 46 bonus points for buying this item.

Only battery chemistry I use.

For Spitfire No.2 | Geverifieerde koper

I really like this battery and it is just the right one for some of my 80mm jets.

I bought these for my Veles29,and am very impressed with their performance compared to more expensive competitors.I get plenty of run time,and the battery sag is predictable.

Great value for the price

I’ve been using six of these for about the last year and a half. All are hard as a rock with no swelling. Very little voltage sag under heavy load

It is a very good battery

I ordered two of these for my Freewing 70mm Hawk (high performance) and they handle it pretty good.
The batteries arrived in pristine condition, they are lightweight and very reliable. When I first got them back in late 2019, the cells were not balanced very well, but my charger took care of this. The difference between highest and lowest cell is now at 7mV which is pretty much nothing.
The power system of my Hawk draws about 76A at max. After landing the battery is slightly warm, but nothing to be concerned about. I've set a voltage alarm on my transmitter but it never goes off, the voltage doesn't drop heaps.
This is probably one of if not the best battery for small jets. Highly recommended.

Battery is well made, delivered on time and works perfectly.