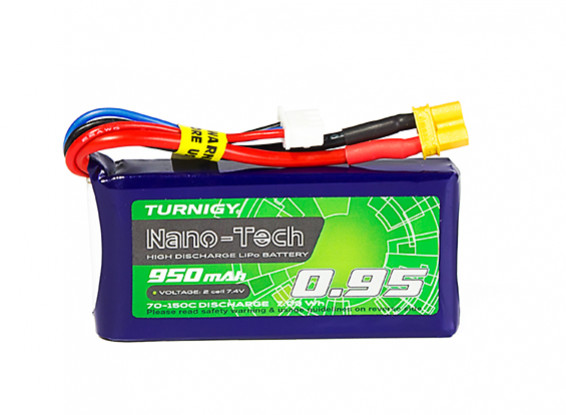 Turnigy Nano-Tech has always been a leader of the pack. Now they are even better as the Nano-Tech Plus. The Plus batteries have been designed for those that want acute discharge from their batteries for leading performance with extra punch.

The Turnigy Nano-Tech Plus offers ultra-high output with 70C constant discharge and 140C bursts (1~3s) for that extra edge over other battery packs. For pilots, it spells stronger throttle punches and unreal straight-up performance. Excellent news for 3D and EDF pilots as well as all the racing drone fliers.

The application of nanometer conductive additives forms ultrastrong electron-conducting networks in the electrodes, which can increase electronic conductivity. This nano-core technology is the soul of the Nano-Tech Plus lithium-ion batteries.

Just what I needed for a small model boat. Good quality and price.
Thank you

Unfortunately one of the 2 batteries is not working

One of the 2 batteries is not working at all.
I have to make a claim for a replacement.