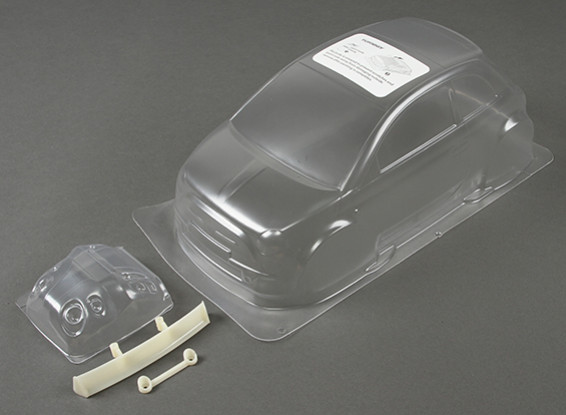 You will earn 14 bonus points for buying this item.

The Fiat 500 is the double espressso with two sugars of the car world, it is short and sweet with plenty of kick. This little Italian classic originally built between 1957 and 1975 was reborn in 2007 to carry the legend into the 21st century. You can't help but like the simple lines and understated presence of the Bambino, even though the new version is considerably larger than the original (you can't lift it into tight parks anymore) it has retained its appeal. This polycarbonate M.Chassis body is a perfect replacement body for the M.Rage and comes with a rear wing and light bucklets for added realism.