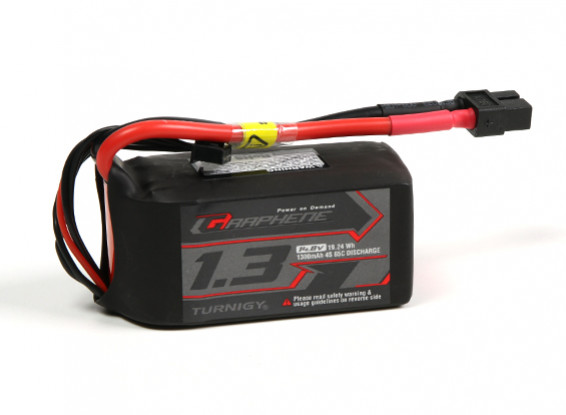 I ordered several this batteries, and didn't have any problems with them. They are powerful and is not too heavy.

Not much to say, it just delivers!

nice batterie, either for my quad than for my plane. It was discounted.

Very good batteries
So far, I've bought 5 pieces
They are all living up to now
My recommendations

Very good quality but the cells himself are not that good but they are okay. It's not for someone who really wants to push the limits. It's just a 'chill' lipo.

fantastic price and these work fantastic had 2 for my drone and had no issues well made you wont have any issues with these bad boys will be getting more.

Dig the batteries...they work well. How about saving a little money putting these in a regular box and bubble wrap rather than a box made to present a Faberge Egg to a member of the royal family?

Nice on the outside

It came today, and by the packaging i was thinking that this was like HIGH quality battery... But when i hooked it up with the charger. OH boy this battery it NO GOOD. The resistance is above 10 mohm per cell. I consider non flyable above 10, and non extreme (tricks) above 5 m ohm. As the title says it only nice on the outside! VERY POOR ON THE INSIDE!!!

These Batteries come in Packaging comparable to that used in high end mobile phones... A magnetic box and velvet pouch... Whilst I like the packaging, I would happily accept them in a plastic bag if that meant the price would be lower... They are not cheap, and am always on the look out for special offers... as for the batteries, most of my club members fly with these, and have nothing but praise for them... could easily be my battery of choice...
We need them at a lower cost... The packaging does not improve the performance of the battery... the package has gone in the bin already...