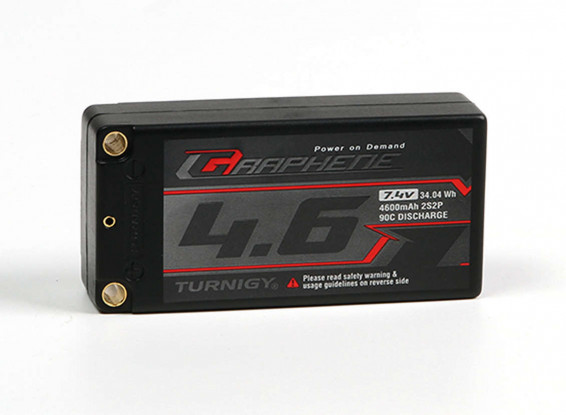 You will earn 36 bonus points for buying this item.

Turnigy, the name synonymous with performance, reliability, and innovation is excited to release powerful new battery chemistry in the Turnigy Graphene!

Since heat and resistance are the natural enemies of batteries Graphene chemistry has significantly reduced these problems and the result is an incredible boost in cycle life.

Received battery slightly puffy,
And after only using 3 times it’s started to puff up ..totally disappointing

I’ve had a few of these in the past and had good luck and performance from them. However, of the 2 that just arrived, one was a tiny bit puffed and it’s puffed slightly more with a few charge cycles. Usable but a tight fit into the car.

Brilliant battery it only starts dieing right at the end it goes a bit off then stops DONE..14-18 mins on 4.5t motor, corally 160a cerix in a touring car..

Came in Nice graphene package! With own poulstry bag to Carry it in and store. Stays Well balanced!

Awesome Akku-Pack, but i not used it for month yet. A lot of Power in this small Pack.