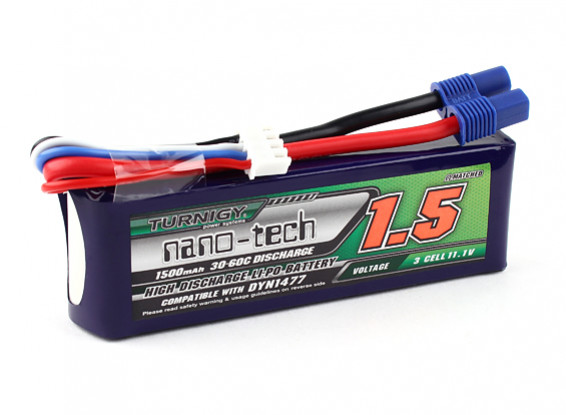 You will earn 12 bonus points for buying this item.

This nano-tech battery pack offers 100mAh more capacity than the original Dynamite option battery and a much higher discharge rate. More punch, more power and longer drive times are only the beginning. When tested with the Dynamite DYN1477 the differences between the original battery and the nano-tech where remarkable! Out of the corner power was remarkable due to the extra capacity and C rate of this battery.

Suited to the following models: EFLB15003S

Battery do its job

Sorry for the delay! Problems with mail. Batteries are good. They hold the declared capacity.

So far so good

I have used these batteries before and like how they perform. I haven't used this particular battery as yet, however I see no reason to think it wil not perform top expectations.