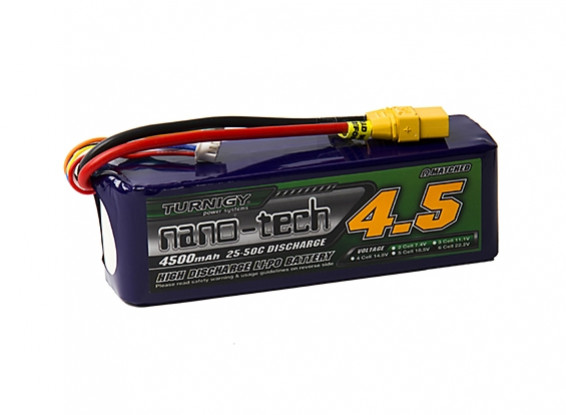 You will earn 53 bonus points for buying this item.

This is the sixth time I have bought one of these. Never been disappointed.

It works and is what I expected it to be.

Still a good battery but....

I've had these batteries for over a year now and they are still going strong, a great buy for sure. I use Brain2 FBL and a read peak currents of 150A on occasion, which is the peak current of my HW 120A LV V4 ESC. So great for momentary current spikes. I have now used them in an EDF jet and the true continuous dischrage is in fact 15C, or 70 Amps. They can't really supply over 70A continuous

Flown ten or so flights on my 520 size Heli. These batteries are fine, no issues. IR of cells are all 2 or 3 Milli Ohms. I have three batteries.
Perhaps these batteries aren't good enough for the hardest 3D but I'm no where near that level so they are perfect for me at this price. I also have three 3 cell nano techs and they are also excellent. I do a lot of field charging at high C rates, they don't really even get warm. Very good batteries I think.