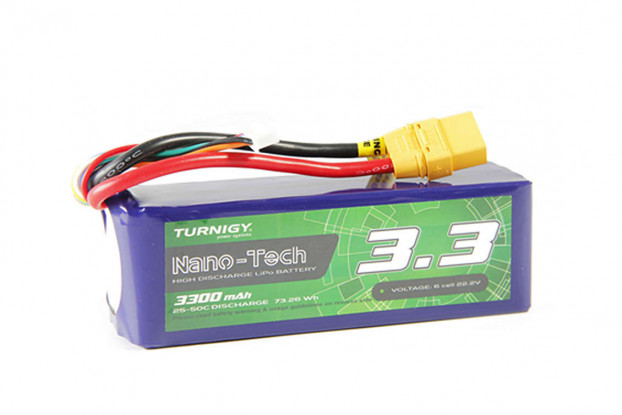 You will earn 41 bonus points for buying this item.

More than just a fancy name the TURNIGY Nano-Tech Lipoly batteries were designed from the ground up with serious performance in mind. Utilizing an advanced LiCo nano-technology substrate that allows electrons to pass more freely from anode to cathode with less internal impedance. In short; less voltage sag and a higher discharge rate than a similar density lithium polymer (non nano-tech) battery.

Perfect for my Application

In 1 of 3 batteries 1 cell were defective. Since building of the model took more than 30 days wich is the warrenty period of batteries I have not done any claims.