3 Steps to Determine if your LiPos are Safe 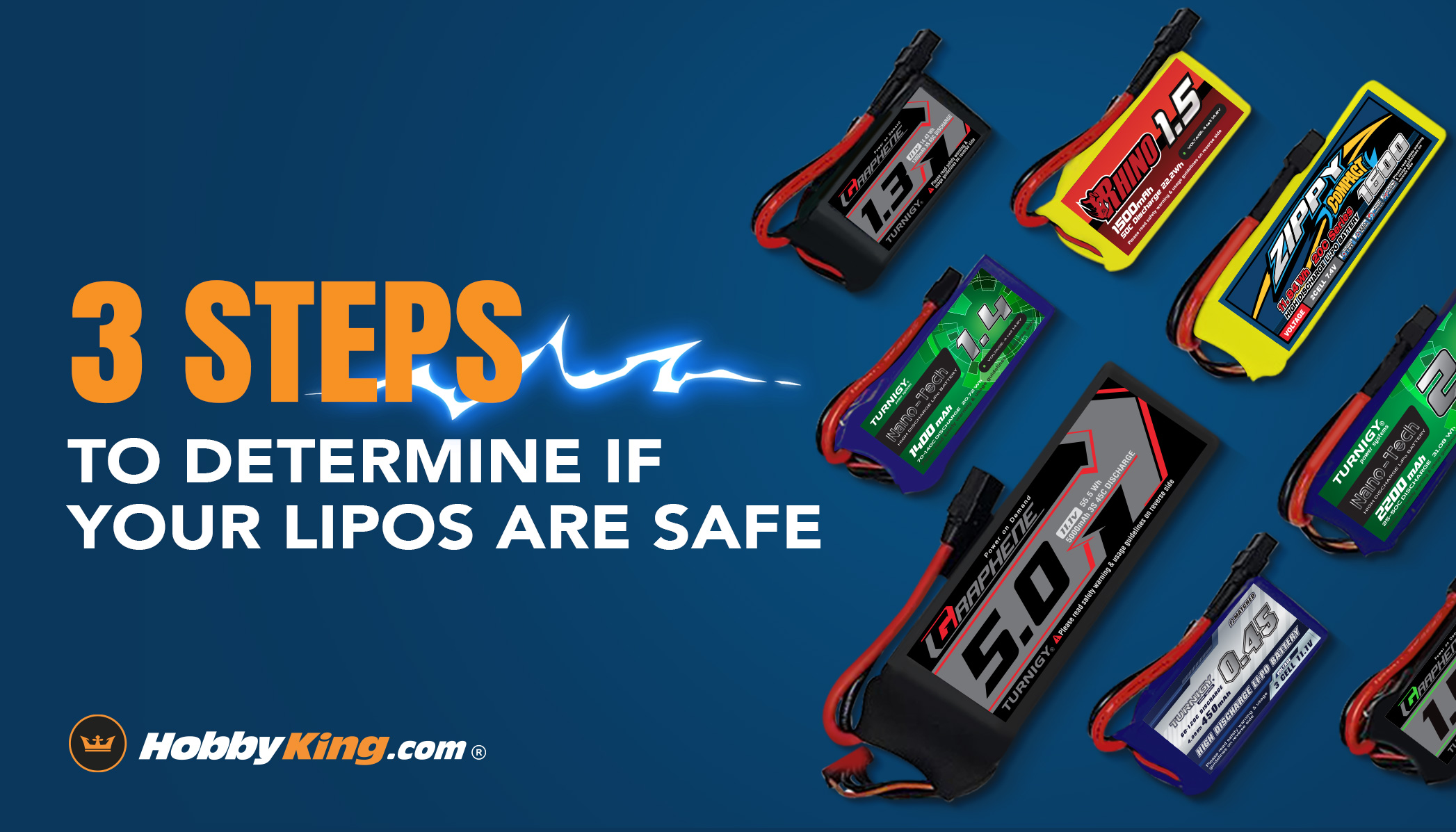 All these questions have the same underlying theme: safety. Today, we will take a deep dive into the chemical properties of LiPos and learn how to spot a perfectly functioning LiPo, from a faulty one.

What Causes Puffing or Swelling in LiPos

You may have heard people tell you to chuck your LiPo in the bin if it starts to puff up. While only partially correct, all LiPos will inevitably show some degree of swelling. So, the real question here is: why do LiPos puff up?

Your LiPos puff up due to a naturally occurring phenomenon known as electrolyte decomposition. When electrolyte decomposes, hydrogen, carbon dioxide, and carbon monoxide are formed as by-products. These gases are not only responsible for the physical swelling of your LiPos, but two of the three are also highly flammable.

Electrolyte decomposition will occur regardless of how you handle your LiPos. So, going back to our first question, should you dispose of your LiPos if they start to swell up? The correct answer is - it depends. When properly cared for and used responsibly, electrolyte decomposition will still take place, however, at a much slower rate. If you only had your LiPo for a brief period and it swells up exponentially, then you are either doing something wrong, or the LiPo could be faulty - under this scenario, we will recommend you to safely dispose of it.

On the other hand, if your LiPo has gone through 50+ cycles and starts to show some swelling, we would consider this to be perfectly normal and would not recommend you retire it just yet. In theory, a swollen LiPo can still be fairly safe to use if everything else is intact and working properly. As noted, two of the three gases – hydrogen and carbon monoxide – are highly flammable and can become dangerous if there is a heat spike, or if exposed to air; both can be attributed to external factors which will be discussed below.

One of the first and most obvious ways to determine if your LiPos are safe to use is to physically examine them. A physically damaged LiPo, combined with swelling is really just a ticking time bomb. Most, if not all LiPo accidents happen for one reason: a punctured inner foil. When punctured and exposed to air, the mixture of gases and lithium ions will ignite and even explode.

After every use, check your LiPos for any glaring impairments. If you just came out from a hard landing with your RC aircraft or completed a bumpy ride on your basher, pay extra attention to surface dents, deformities, cracked wraps, wrinkled cells, and any damages to the battery connectors. 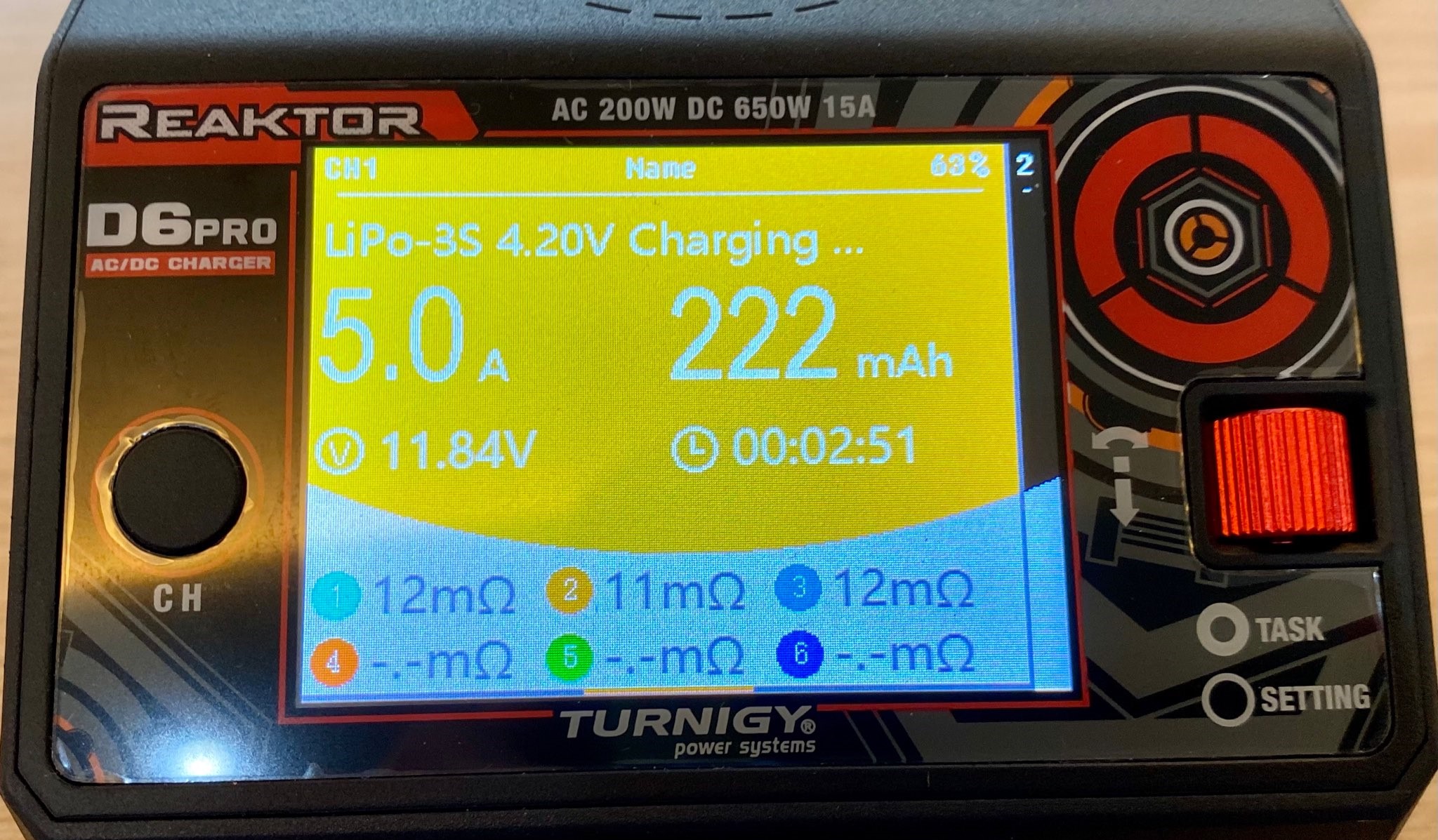 One of the best and more accurate ways to determine if your LiPo is functioning properly or not is to check the internal resistance (IR). IR ultimately dictates how efficient your battery is. A low IR implies greater efficiency while a high IR means the opposite. Just like electrolyte decomposition, IR will gradually increase over time, however, proper usage can significantly prolong the process.

A high IR will cause your LiPos to heat up very quickly while delivering a lower voltage; in layman’s terms, it would mean that your LiPo is working two times harder while only delivering half of the results. Continued usage of a LiPo with a high IR will ultimately cause it to heat up and expand to a certain point where one of the inner cells may rupture causing it to explode.

When you first purchase your LiPo measure its IR. Generally, an increase of around 80-90% would indicate that your LiPo is nearing its end and you should probably dispose of it. So, for example, if you had an initial IR of 10 mΩ and after 150+ cycles the IR reads at 18 mΩ, this would suggest that your LiPo should be retired sooner rather than later.

As with most things, nothing is ever 100%. However, next time you reach the crossroad of deciding whether your LiPo is near its end or not, you could use these simple steps:

1. When you first purchase your LiPo, label it with the date of its first use. Using this date, you can gauge if the swelling is proportionate to its usage. Generally, HobbyKing’s LiPo batteries can last 2-3 years on average.

2. Check for any obvious damages that may be detrimental to the inner wrapping of the cells. This may include, but not limited to the following: surface dents, deformities, cracked wrapping, wrinkled cells, and damaged battery connectors.

3. Using a smart charger or battery meter, check that the IR is not overly high. Even if only one of your three cells has an off rating, discontinue using it as any rupture to any of the cells can lead to a major disaster.

posted on Apr 9, 2021
Thanks, finally information an old flyer can use and understand after getting back in the air after 30 years away.
Maybe I won't blow myself up?
Now all I have to do is understand all the new radio stuff!
I hate computers, too bad we need them.