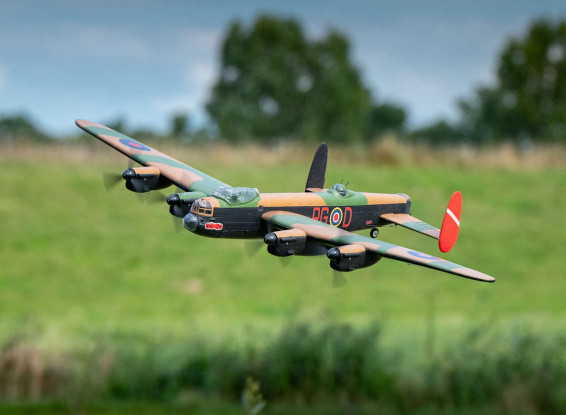 You will earn 119 bonus points for buying this item.

What a great model. cheap, looks great and flies fantastic. Maiden was easy. Easy starts out of hand. looks great in the air.

Order was delivered within 7 days. (EU warehouse to Austria). The retractable undercarriage is from the global warehouse and will certainly take longer, but tatsächlich no problem. everything perfectly packaged. No visible damage. The quality of the model looks great. Will assemble it in the next few days. I'm already looking forward to the maiden flight. Price-performance 1a.
Hobbyking 12 points!!

All ok!!!perfect and beautiful service!!

Great looking, some not quite so great issues

The plane looks remarkable out of the box, however considering this is version 3 I was a little disappointing with a couple of issues. The foam is very soft, its a pity the manufacturers did not use the same foam techniques as the Durafly Spitfire but I guess that would make the plane heavier. The wing attachment i though is not adequate on its own and it needs to be glued in place as well as the mechanical attachment. Overall this is a classic warbird which looks great but has some well documented flying quirks

What is the setup for the UBEC Set Y-Leads within the receiver? For the Throttle? You have one throttle wire coming out of both wings that calls for the splitting, and the ESC has a wire in the speed control that is installed in and goes into the receiver

Paint lifts off too easy, crashed after banking hard on take off. Damaged beyond repair.

Details are good. Some building is necessary. Unfortunately the lock for the wings is made with foam and thin plastik only. So with a hard landing it will break away (that cost it the 5th star for Quality and Overall rating). At first flight an aileron connector came loose and I had a hard landing. So I had to partially glue the wings to the fuselage afterwards. Start and landing with the optional retracts is easy. The plane has plenty of power even in higher gras. In flight I had around 4-5 min. flight time with a 1500 mAh LiPo and 45 - 50 % left, what is very good. It can be flown with half power only. For curves rudder might help a little bit, but is not available. It just looks not perfect. The retracts should be glued in with enough glue (remove paint in the areas for glue). The bay for the retracts is covered. This has to be removed when installing the landing gear. I cut out the cover for the moving gear and glued it back in place. The sound with 4 engines is good. All the installation and LiPo change is very easy due to the big bomb bay doors. As a summary I would definitely buy it again.

Thanks Hobbyking for you,r help and great products, Best hoddy shop i aust

Another great kit from HobbyKing

Love the quality and model details. All that spoils it is the lack of spare parts, such as the optional undercarriage + wheels :-(.