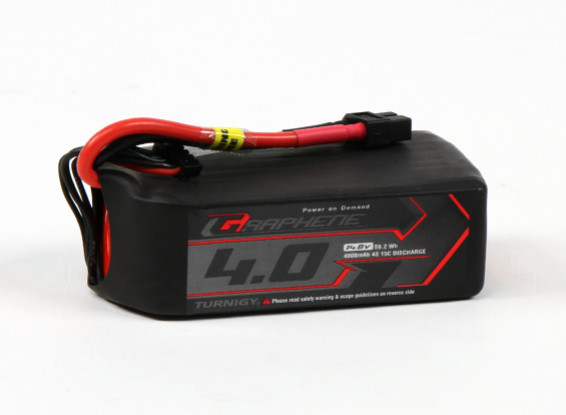 The result is a battery capable of maintaining greater power output whilst remaining much cooler under load. Since heat and resistance are the natural enemy of batteries, Graphene chemistry has significantly reduced these problems and the result is an incredible boost in cycle life and performance.

Excellent battery, you can feel the presence of a quality product!

I bought this to convert a harbor freight ni-cd drill to li-po. It fit in the case and last so much longer. Probably a good battery for rc also.

Excellent detail, proved to be exactly as discribed. Well packed and are excellent performance so far

full service are most prominent traits of All Turnigy graphene battery packs; this pack will be installed in Avios HU-16 Albatross seaplane.