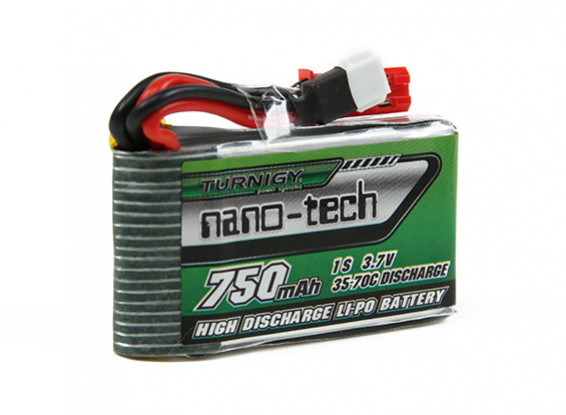 Designed specifically for the Walkera V120D02S and Walkera QR Infra X. This nano-tech battery pack offers 150mAh greater capacity than the original Walkera battery with a much higher discharge rate. More punch and longer flight times are only the beginning. When tested with the Walkera V120D02S the differences between the original battery and the nano-tech were remarkable!

The Turnigy nano-tech round single series cells are the perfect solution for many applications where space and weight are at a premium. These round Lipoly cells can be soldered together to make custom packs to suit your needs.

This improves the ability of ion transmission and ion diffusion. Through improving electronic conductivity and ion transmission, the impedance is reduced and the polarization of high rate discharge decreases greatly.

Purchase for K123 and K124.
Since the shape is slightly larger than the genuine one, the packaging was removed, but the power is larger and there is no problem.
The products are cheap, but unfortunately the shipping costs are very high. (Approximately 6 times the product) Therefore, it is normal in total.

These are excellent batteries as compared with stock battery

The Walkera V120D02SV2 as supplied by Buzz Flyer is 600 mah and it has sufficient power. This Nano-Tech alternative, however, is a better battery in every respect. Normal flight times with stock battery are around 4 minutes but the Nano-tech batteries extend the flight time by at least 2 minutes and maintain better load voltage for longer.

These batteries have the size/weight/capacity best I've found. Two connectors are bonus .