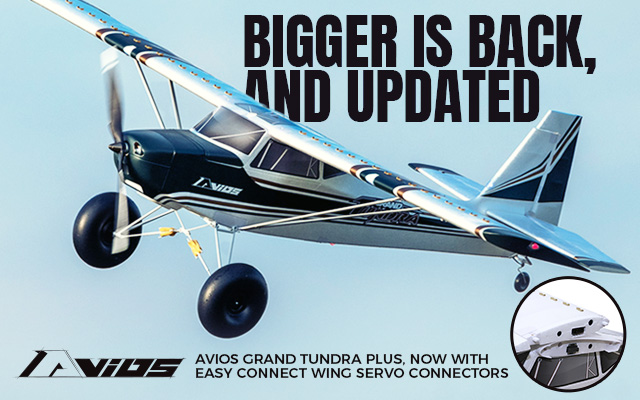 The Durafly Tundra has had a massive cult following within the RC community and it's said to be one of the best RC planes on the market with an impressive flight envelope. We've followed this with the Avios Grand Tundra, which has all your favorite features from the original Durafly Tundra, but on a larger scale and with further improvements.

From slow flight through to fast aerobatics, the Grand Tundra does it all with such finesse. You can enjoy short take-off and landings (STOL) with its massive 90-degree flaps, wing vortex generators, large wheels, optional floats, navigation lights, and much more! If you are looking for a big RC foam plane that can also double up as a floatplane, then look no further.

Grand Tundra spare parts are compatible with previous and current versions of the Avios Grand Tundra (unless otherwise stated).