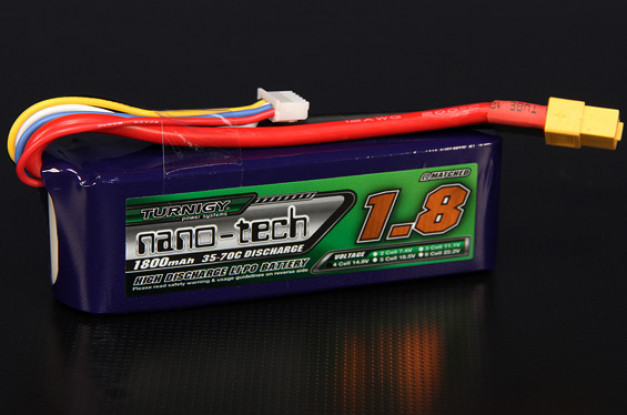 Suited to the following models: RAVE450

Product came broken/not working and they wouldn’t replace it

Good lipo with the extra punch.

Perfect battery for my needs

3D flight needs big power. These nano-tech provide that. Put them on a modern charger that shows internal resistance and you see how good these batteries are! I budgeted for a 5 minute flight. It still accelerates up from a hover at 5 minutes.

Great lipos which fit most of my quads and planes,good punch and balance,keep em coming HK!

I think it’s really good, and i have a few of this type

Needed a 4S lipo for a small EDF that needs a 4S lipo. lower capacity than the specified 3S. Time will tell if it is OK in this application.