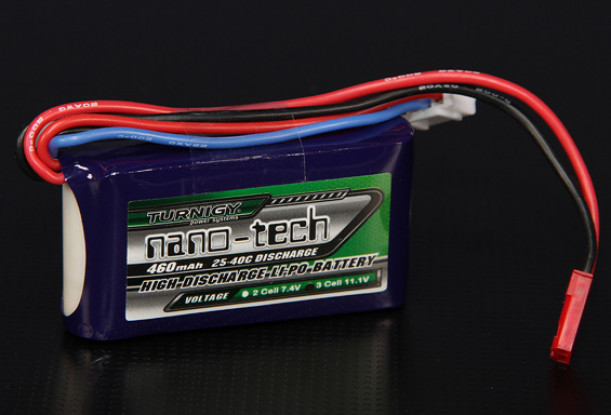 I have been using these batteries for over 5 years. VERY satisfied, they hold the container perfectly. Recomend for everybody!!! I use these batteries twice a day, every day. Each has flown more than 300 cycles, there is not a single swollen battery! Manufacturer HUGE respect !!!

These have been a staple on my small 3D planes for years. Being flown 3D, they're taking a bit of a beating, but they just keep on coming back for more. If your motor and plane call for this size, you'll have a hard time finding anything better.

I just love these nanotechs. Have a bunch of them various capacities and cells, all of them are in great condition, capable to deliver real burst when needed.

The Turning nano-tech batteries are just as good as the graphene batteries in most respects and even better on others. They are lighter than graphene and also seem to last longer. They handle high loads as well as graphene batteries.
I just wish HK could keep the 460s in stock. The 460 three cell is the sweet spot for many of my planes. I need some NOW.

Always use Nano-Tech lipos they are my "Go to" battery for flight packs and have never had any issues with them.