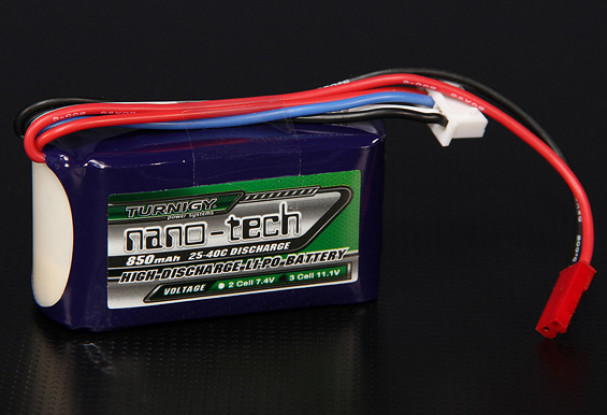 In short; less voltage sag and a higher discharge rate than a similar density lithium polymer (non nano-tech) battery. For those that love graphs, it means a straighter, longer curve. For pilots, it spells stronger throttle punches and unreal straight-up performance. Excellent news for 3D pilots!

Cool lipo.. Good power for the small size. Worth the price.

These are great small cap batteries at a great price. They're hard to find with a JST connecter. Great output with a strong lifespan.

Reasonably priced, good quality. What more can you ask for?