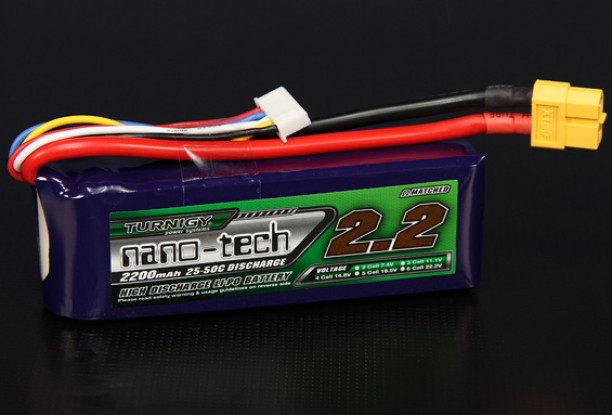 More than just a fancy name. TURNIGY nano-tech Lipoly batteries were designed from the ground up with serious performance in mind. Utilising an advanced LiCo nano-technology substrate that allows electrons to pass more freely from anode to cathode with less internal impedance. In short; less voltage sag and a higher discharge rate than a similar density lithium polymer (non nano-tech) batteries.

Very good value for the money

Quality is good, works fine.. Turnigy always better than other brands as ler my experience of last 8 years of RC. HK is the best site to buy it from

Used a few times so far and hasn't let me down. Bought at a discounted price.

Very poor the battery become unusable in one month one of the cells failed.

It works excellent and is what I expected it to be.