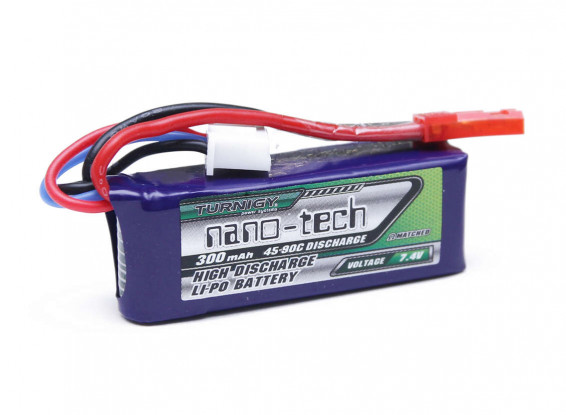 More than just a fancy name, the Turnigy Nano-Tech LiPo batteries are designed from the ground up with serious performance in mind. Utilizing an advanced LiCo nano-technology substrate that allows electrons to pass more freely from anode to cathode with less internal impedance. In short; less voltage sag and higher discharge rates than similar LiPo batteries.

For those who love graphs, it means higher voltage under load, straighter discharge curves, and excellent performance. For pilots, it means stronger throttle punches and unreal straight-up performance. Excellent news for 3D pilots!

Very good quality. I'm happy with the purchase. Thank you.

Nothing but positive things to say about these batteries. Had them for over 2 years using them in Carisma GT-24B 24th scale buggies and they're still going strong today. Also work and fit in a SCX-24 crawler.

battery is great! gives my more than enough umph!

They are perfect for my little plane.