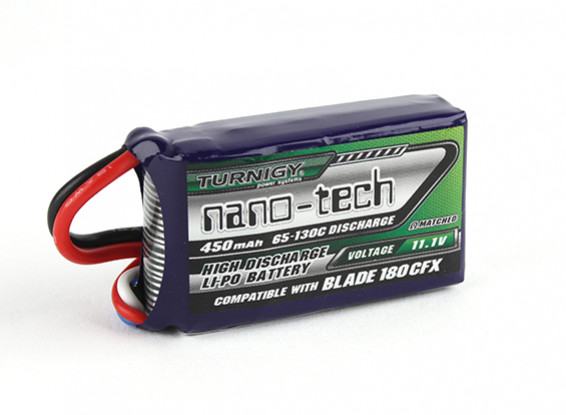 Designed specifically for the E-flite Blade 180 CFX. This pack offers a much higher discharge rate (65C cont.) than the stock E-flite battery (30C cont.). That's more than double the discharge rate capability! It's also about 2g lighter. The perfect upgrade to provide insane power for your Blade 180 CFX!

Reasonable delivery time for being a world wide distributer. Great options. Best Bang for the Buck. I have 10 of these now. Never a problem.

Perfect for my Blade 130S