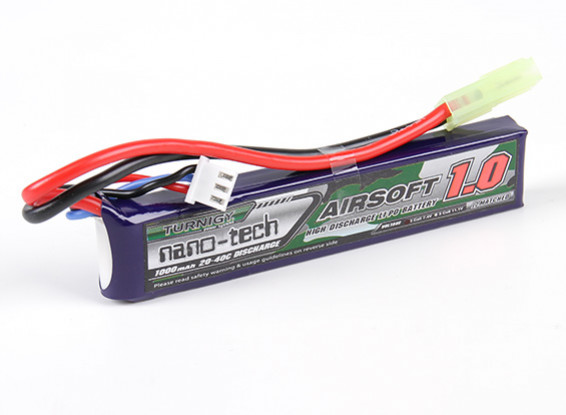 Perfect for micro boat use

These guys are great for lower fps aeg's

Not used as yet

Not. Used as yet

I bought 3 different LiPo for my aeg and 605A-601B charging adapter. Make sure you verify the polarity on the battery/adapter/aeg because all 3 different lipos have reversed polarity for some reason!!!

This LiPo pack fits to LCT/CA AK type guns, where you have less battery space than others.

And It has optimum discharging ratio.

Not fast, not slow.