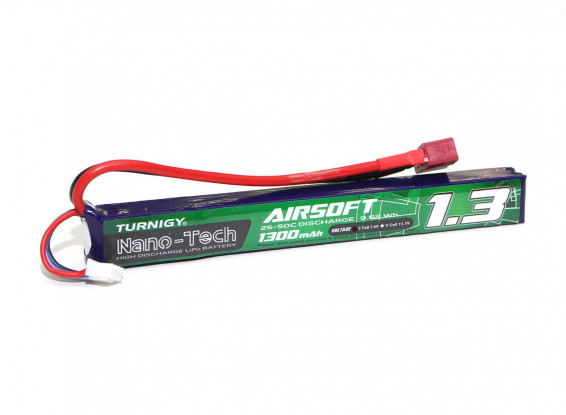 On the battlefield, no one wants to compromise on firepower! That's why the legendary Turnigy nano-tech batteries are available as a drop-in replacement pack for an upgrade in firepower.

It's clear why Turnigy Nano-techs are the go-to pack for anyone who is serious about Airsoft.

*Note: The length of balance charging wire may vary

Does what it says on the lable

Bought these for two new AK’s , gave them a cursory balance night before a game day and me and my son used the two them all day swapping with each other throughout the day . By end of day no perceivable drop off at all , so I’m certainly happy with them !

This battery fits JG 203 MP5K PDW just fine. A bit tight, but you still can remove it without any trouble. Also I highly recommend to rewire MP5K so wires will exit from the rear, it makes battery change so much simplier.