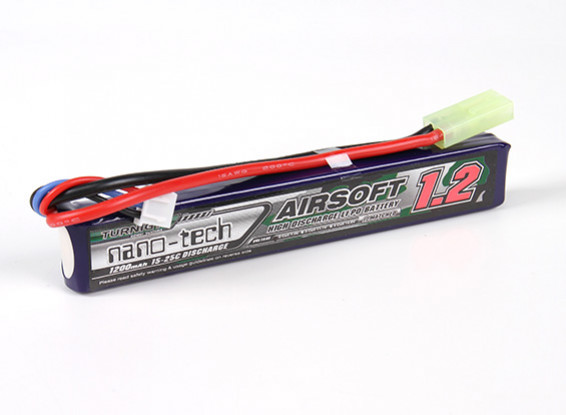 Bought to replace a standard battery in my M4A1 Gen9 Gel blaster. Works perfectly. Just change the plug to deans or XT60 and you are good to go.

It's really good to my AEG.

Excellent battery for airsoft use. Rewired to deans without an issue, and connects perfectly, and tucks neatly in the buffer tube on my M4. Also fits a G36C, although not without some work, as it is a little long for that rifle.

good battery, fits nice in my magpul moe m4 by g&p rear wired. can use it for around 4 to 6 hours of continuous use. good buy. good r.o.f. charges fast.

Perfect battery for M4 stock buffer tubes. If you have a rear-wired M4 this battery will fit inside the stock tube with some room to spare. Yo can also try the 25 -50C as it fits as well.

Too long for P90 though.