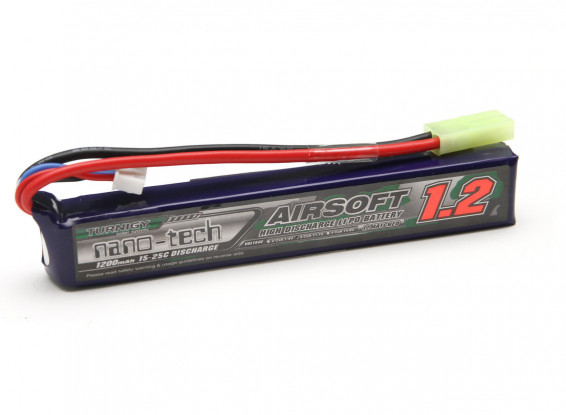 The nano-core technology in lithium-ion batteries is the application of nanometer conductive additives.

cheapest batteries with good quality. Bought around 20 of them and would do it again!

Will be waiting for my items to arrive soon!

Fit well in M4 stock crane style eag.
You can put one in each outside tube
This will allow a spare battery.
Fit well too into AK74U
A must to have for airsoft players.
The only problem is you have to be very very patient.
I bought 2 batteries on May 31st and I finally received it August 12nd