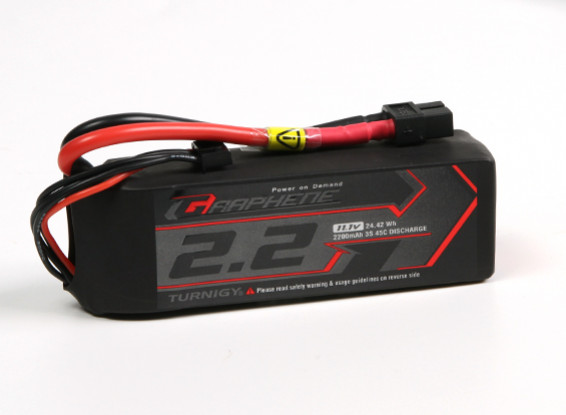 TURNIGY, the name synonymous with performance, reliability, and innovation is excited to release a powerful new battery chemistry in the Turnigy Graphene!

What's in it for you? Well not only do Graphene batteries go harder for longer but they're unlike anything you have seen or used before.

The result is a battery capable of maintaining greater power output whilst remaining much cooler under load.  Since heat and resistance are batteries' natural enemies, graphene chemistry has significantly reduced these problems and the result is an incredible boost in cycle life.

So far, these batteries have been great. They are lighter than regular lipos, and put out lots of power.

A bit on the chunky side but give great power and mine have stood the test of time.

Like so many flyers, i have a lot of ageing Lipos that are showing sign of age and not having the oomph so much. so im starting to replace them with the Graphene version equivelant. OK yeah! they are a bit more money but they deliver so much more when its needed, even when compared against a fairly new standard Lipo. The difference in power available has to be seen to be believed. i will continue to upgrade with Graphene lipo's for all my flight packs now.

I am very happy with these batteries, they give me about 20% more time

It holds electricity like I need it to. It's black. Feels and looks well built.