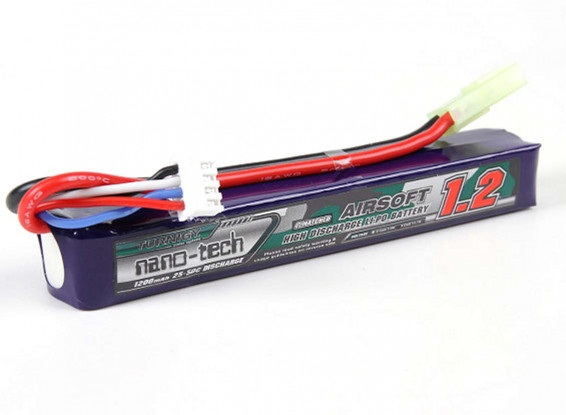 1) The nanometer conductive additives form ultrastrong electron-conducting networks in the electrodes which can increase electronic conductivity.
2) These additives create a superstrong ability for imbibition in the carrier liquid to supply more ion channels. This improves the ability of ion transmission and ion diffusion.Through improving electronic conductivity and ion transmission, the impedance is reduced and the polarization of high rate discharge decreases greatly.

Best battery i ever udes

The best battery i ever used in airsoft, the only thing I miss is the T-Dean connector

Works like a charm. Much difference to the 7.4 lipo I had. Good price and fast shipping. Highly recommended product.

Perfect size to fit into the stock tube of an airsoft M4 replica. Works very well.